Although the vampire genre has always proved popular within both cinema and literature, the 21st century has witnessed a staggering rise in the amount of films centred on vampires. From the profoundly beloved Twilight Saga (2008-2012) to the obscure Thirst (Park Chan-wook, 2009) and the upcoming Dracula Untold (Gary Shore, 2014), it would be difficult to hear any filmgoer say that they had not seen one in recent years. The contemporary vampire genre caters for all audiences, from young adult fiction aficionados to film connoisseurs, with many playing, however disproportionately, in both the multiplex and art house. With Jim Jarmusch’s stature as king of cool, prince of minimalism and master of genre-upsetting it would seem appropriate that he would eventually get round to involving himself in this ever-popular horror genre.

Throughout his filmography Jarmusch has always been attracted to genre: he has often took a certain one, removed most of its conventions and added those elements peculiar to him. The majority of his oeuvre has made use of genre: from the road movie (Permanent Vacation, 1980 and Stranger than Paradise, 1984), the prison-break film (Down By Law, 1986), the western (Dead Man, 1995), the samurai film (Ghost Dog: The Way of the Samurai,1999), the Don Juan myth (Broken Flowers, 2005), the hitman film (The Limits of Control, 2009) and now the vampire film in Only Lovers Left Alive. Jarmusch is a filmmaker that reveals the structure of genres through his disobedience. It is the omission of traditions, conventions and genre expectations in his films that allow us to come to an understanding of the various systems of genre in place within cinema.

After watching Only Lovers Left Alive I sketched out two tables: characteristics of Jim Jarmusch films and characteristics of the vampire genre. Despite my understanding that such a list may prove reductive or tedious (or both), I nevertheless include the following for those interested. Characteristics of Jim Jarmusch films include: minimalism, a serious interest in photography (black and white or colour), a lack of traditional narrative structures, the absence of narrative closure, a focused attention to detail and the mundane, slowness, long silences and pauses, deadpan humour, high cultural referencing, alienation, hipsterism and the interest in musicians, stars and the foreigner/alien/immigrant.

Conventions of the vampire genre are subject to much more extensive fluctuation than those of Jarmusch’s films but most will agree on: vampires as bats, bloodsuckers and shape shifters with an indifference to food, water and oxygen, possessing immortality but with certain weaknesses (holy water, sunlight, garlic and the wooden stake), adopting coffins as both bed and shield to daylight and inhabiting some dark region of Eastern Europe. Traditional narratives focus on romance, sexuality and violence and often involve the death of either the central vampires or their victims. Vampirism is usually demonstrated to be a disease and/or addiction while the aesthetics of the genre (within literature, film or pictorial art) are often related to the traditions of gothic art.

With these two lists in mind it becomes fairly easy to imagine what Only Lovers Left Alive looks like. However, this depends on how far one wishes to make use of words such as minimalism and slowness. Such words by themselves lack the distinctly Jarmuschian elements one ascribes to them after seeing masterworks such as Stranger than Paradise and Down By Law. Indeed, to grasp what I mean it is recommended that the reader views these films. But Only Lovers is a somewhat dampening of the austere style his early works, a move towards accessibility and conventionality after the difficulty of 2009’s The Limits of Control.

Although the film moves slowly it never borders on tedium. Instead, this lack of real narrative drive allows the film to entertain or at least hypnotise in a way different to other vampire films. Character and relationships, decor, photography, music and the hyper-stylisation of the central protagonists are the major points of focus in the film. If moments of conventionality do in fact occur – when the immature younger sister Ava, played by Mia Wasikowska, decides to ‘drink’ Ian for example – Jarmusch looks away, forbidding any indulgence in genre expectations.

Jim Jarmusch remains one of the few American independent filmmakers who have never succumbed to the Hollywood machine and is regularly forced to find financing from Europe to complete his projects (Only Lovers Left Alive was financed with German money). With his interest in different cultures and his view of himself as an immigrant in his own country in mind, this move towards Europe seems appropriate.

Like many of the films in his back catalogue, Only Lovers Left Alive is set in a number of locations and employs non-US actors in the central roles. The film is set in both decaying Detroit – offering a darkness and dilapidation perfect for a vampire film – and multi-cultural Tangiers. Its central protagonists, Adam and Eve (played by the English Tilda Swinton and Tom Hiddleston) are locked in a trans-Atlantic romance which has lasted hundreds of years and are the type of vampires that have adapted to 21st century life. They have exchanged murder and bloodsucking for the equivalent of vampiric vegetarianism: although they continue with their hemotarianism, blood is acquired through the local hospital by paying a local doctor (played by Jeffrey Wright) for a batch of canisters filled with the substance every so often. Disposing bodies proves more difficult in modern society than it did in the past. It is much safer to drink donated blood.

If those memorable references to Walt Whitman in Down By Law and William Blake in Dead Man did not already suggest that Jarmusch had a deep interest in high culture, his employment of Christopher Marlowe (John Hurt) as an ageing vampire in Only Lovers Left Alive – who incidentally insists that it was he that wrote the bulk of Shakespeare’s output – does so. Adam proclaims that he has no artistic and intellectual heroes, but a wall littered with framed portraits of the famous figures of intellectual life, scanned and admired in detail suggests that both he and Jarmusch do indeed.

As both Adam and Eve have had what could be millennia to absorb all the riches of humanity’s cultural output, they understandably appear highly knowledgeable and at times, snobbish. Adam is an emotional and disillusioned figure who orders the creation of a wooden bullet for what we assume will be a future suicide attempt; Eve, on the other hand, appears highly rational and with a deep sense of wonder. Jarmusch has stated that one would need a substantial interest in the world in order to be able to withstand the extended life sentence brought by vampirism – this is offered to Eve but unfortunately not Adam.

Through a virtuosic performance of a Paganini caprice on the violin we see that Adam was once a highly skilled classical musician but interest in the dark, grungy, drone of an electric guitar has replaced any in the Italian master.

Although it may seem that Adam and Eve lead an anachronistic life – a considerable amount of their possessions, furniture and clothes are from a distant past – they use Skype, Apple iPhones (a nod to the book of Genesis?) and electric guitars and differ from traditional ideas of vampirism. Without the ability to fly (Eve must take public transport to America to visit Adam), to shape-shift in addition to their relatively normal existence render these vampires less fantastic than most. They differ from humans – or ‘zombies’ (the walking dead) as referred to in the film by the vampires – merely in their thirst for blood and their complexion, immortality, extraordinary knowledge and talents.

Following the reunion of Adam and Eve in Detroit after a great deal of time spent separated, the narrative of the film centres on the addition of Eve’s younger sister Ava who arrives on Adam’s doorstep after a hiatus of eighty seven years. She is a destabilising force and unlike her older sister has not accustomed herself to the demands of 21st century life. After seducing and drinking one of Adam’s closest ‘zombie’ friends, she is thrown out of Adam’s mansion and the two lovers are left to deal with the body – a moment of conventionality shot with unconventional methods by Jarmusch.

As discernible from the two lists offered above, Only Lovers Left Alive takes the familiar vampire genre and Jarmuschises it, offering a minimalist, idiosyncratic and highly interesting film. For those unaccustomed to Jarmusch this is perhaps the perfect introduction: lacking the austere minimalism of his first films, their frequency of pause and silence, but keeping their deadpan humour and offering an accessibility rare within his oeuvre. The performances of Swinton, Hiddleston and Hurt are impressive and hyper-cool as expected. For some Only Lovers Left Alive could prove to be the long sought after antidote to Twilight and its ilk. 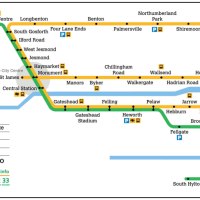 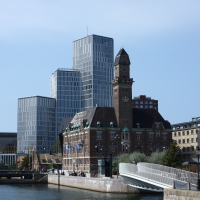